00. The Concept of Testing

In this session, we are going to explore the idea of validation by testing. Even though our main focus will be testing, we’ll also tackle other validation methods such as fuzzing and symbolic execution. Before diving into how we can do testing on Unikraft, let’s first focus on several key concepts that are used when talking about testing.

There are three types of testing: unit testing, integration testing and end-to-end testing. To better understand the difference between them, we will look over an example of a webshop. If we’re testing the whole workflow (creating an account, logging in, adding products to a cart, placing an order) we will call this end-to-end testing. Our shop also has an analytics feature that allows us to see a couple of data points such as: how many times an article was clicked on, how much time did a user look at it and so on. To make sure the inventory module and the analytics module are working correctly (a counter in the analytics module increases when we click on a product), we will be writing integration tests. Our shop also has at least an image for every product which should maximize when we’re clicking on it. To test this, we would write a unit test.

One of the key metrics used in testing is code coverage. This is used to measure the percentage of code that is executed during a test suite run.

There are three common types of coverage:

Fuzzing or fuzz testing is an automated software testing technique that involves providing invalid, unexpected, or random data as inputs to a computer program. The program is then monitored for exceptions such as crashes, failing built-in code assertions, or potential memory leaks.

The most popular OS fuzzers are kAFL and syzkaller, but research in this area is very active.

As per Wikipedia, symbolic execution is a means of analyzing a program to determine what inputs cause each part of a program to execute. An interpreter follows the program, assuming symbolic values for inputs rather than obtaining actual inputs as normal execution of the program would. An example of a program being symbolically executed can be seen in the figure below: 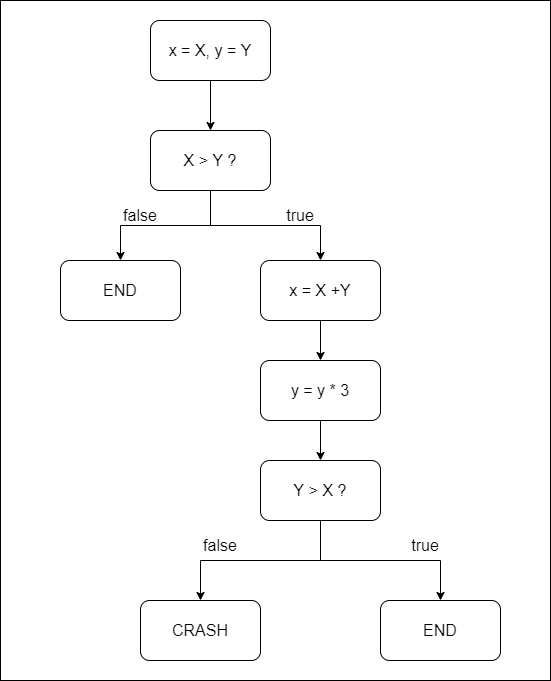 The most popular symbolic execution engines are KLEE, S2E and angr.

Nowadays, testing is usually done using a framework. There is no single testing framework that can be used for everything but one has plenty of options to choose from.

The main framework used by Linux for testing is KUnit. The building block of KUnit are test cases, functions with the signature void (*)(struct kunit *test). For example:

We can use macros such as KUNIT_EXPECT_EQ to verify results.

The API is pretty intuitive and thoroughly detailed in the official documentation.

KUnit is not the only tool used for testing Linux, there are tens of tools used to test Linux at any time:

In the figure below, we can see that as more and better tools were developed we saw an increase in reported vulnerabilities. There was a peak in 2017, after which a steady decrease which may be caused by the amount of tools used to verify patches before being upstreamed. 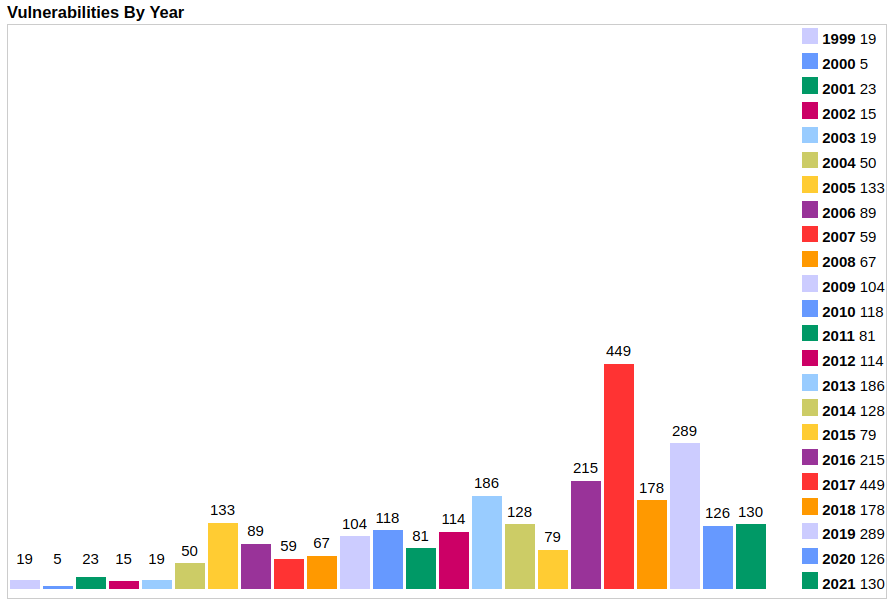 Let’s see how another unikernel does the testing. OSv uses a different approach. They’re using the Boost test framework alongside tests consisting of standalone simple applications. For example, to test read they have the following standalone app, whereas for testing the vfs, they use boost.

We have the following C++ code for the factorial in a function.cpp:

To create a test file, we’ll create a new C++ source that includes gtest/gtest.h We can now define the tests using the TEST macro. We named this test Negative and added it to the FactorialTest.

Inside the test we can write C++ code as inside a function and use existing macros for adding test checks via macros such as EXPECT_EQ, EXPECT_GT.

In order to run the test we add a main function similar to the one below to the test file that we have just created:

Easy? This is not always the case, for example this sample shows a more advanced and nested test.

Unikraft’s testing framework, uktest, has been inspired by KUnit and provides a flexible testing API.

To use the API you have to include uk/test.h. To register a testsuite, we simply call uk_testsuite_register.

We use the macro UK_TESTCASE to both declare a test suite and add a test case to it:

The entire API can be found here.

03. The Design behind Unikraft’s Testing Framework

The key ideas that were followed when writing uktest are:

How Tests Are Run

There are multiple such loops through the boot code found in ukboot/boot.c. The testing framework simply registers the test function that needs to be called during the run.

The key structure used is uk_testcase defined as:

The macro that we’re using to check conditions is UK_TEST_ASSERT. It is a wrapper over _uk_test_do_assert:

Basically, what the function does is to increment the number of failed asserts if the condition is false.

We’ve seen that uk_testsuite_register is used to register tests. This call boils down to this:

In this work session we will go over writing and running tests for Unikraft. We will use uktest and Google Test. Session support files are available in the repository. If you already cloned the repository, update it and enter the session directory:

If you haven’t cloned the repository yet, clone it and enter the session directory:

The app-googletest application can be made starting from the app-helloworld application or you can use the already made one from the work folder. Take a peek at the solutions in the sol folder if you need to.

We will begin this session with a very simple example. We can use the app-helloworld as a starting point. In main.c remove all the existing code. The next step is to include uk/test.h and define the factorial function:

We are now ready to add a test suite with a test case:

Throughout this session we will extend this simple app that we have just written.

For this task, you will have to modify the existing factorial application by adding a new function that computes if a number is prime. Add a new testsuite for this function.

We begin by adding a new file for the tests called test_stat.c in a newly created folder tests in the vfscore internal library:

We then add the menuconfig option in the if LIBVFSCORE block:

And finally add a new testsuite with a test case.

We will be using a simple app without any main function to run the testsuite, the output should be similar with:

04. Add a Test Suite for nolibc

Add a new test suite for nolibc with four test cases in it. You can use any POSIX function from nolibc for this task. Feel free to look over the documentation to write more complex tests.

For this tutorial, we will use Google Test under Unikraft. Aside from lib-googletest, we’ll also need to have libcxx, libcxxabi, libunwind, compiler-rt and newlib because we’re testing C++ code. In the work directory, you will find a script named prepare.sh that downloads all libraries for you.

The second step is to enable the Google Test library and its config option Build google test with main.

We can now add a new cpp file, main.cpp. Make sure that the files end in .cpp and not .c, otherwise you’ll get lots of errors. In the source file we’ll include gtest/gtest.h We will now be able to add our factorial function and test it.

If we run our unikernel, we should see the following output:

We can see that in this case, the tests are being run after the main call, not before!

One of the most popular symbolic execution engine is KLEE. For convenience, we’ll be using Docker.

Let’s look over this regular expression program, can you spot any bugs? We’ll create a file ex.c with this code:

Now, let’s run this program symbolically. To do this, we’ll uncomment the klee_make_symbol line, and comment the line with read and printf. We’ll compile the program with clang this time:

And run it with KLEE:

This tells us that KLEE has found two memory errors. It also gives us some info about the number of paths and instructions executed. After the run, a folder klee-last has been generated that contains all the test cases. We want to find the ones that generated memory errors:

This is just a quick example of the power of symbolic execution, but it comes with one great problem: path explosion. When we have more complicated programs that have unbounded loops, the number of paths grows exponentially and thus symbolic execution is not viable anymore.

If you reached this far, please do a 5 minutes tour through this quiz to assess your current understanding of the session.

We want to know how to make the next sessions better. For this we need your feedback. Thank you!